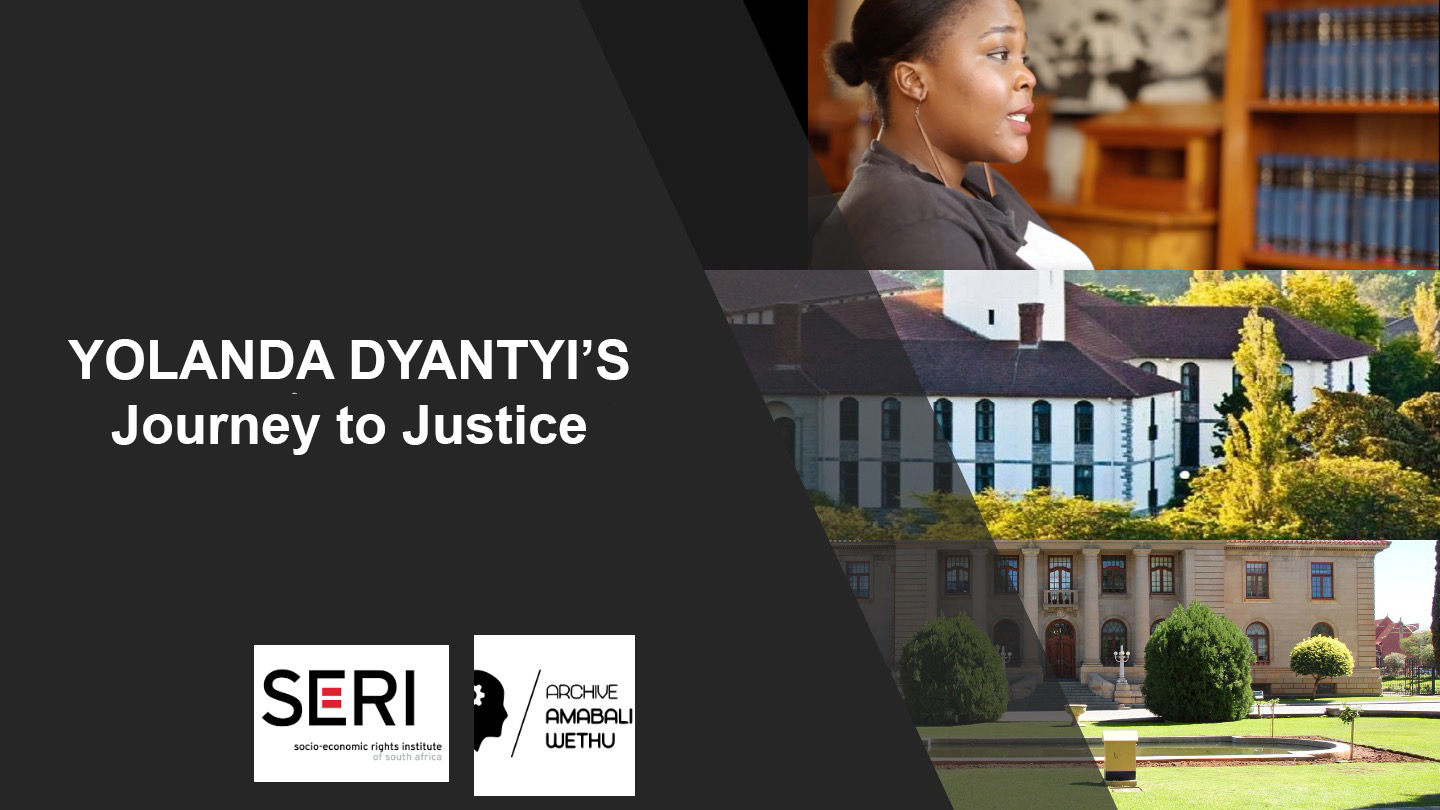 Five years ago, on 11 October 2017, during Rhodes University’s disciplinary proceedings involving then-student Yolanda Dyantyi and others, the University-appointed proctor Mr. Wayne Hutchinson made the decision to postpone a portion of the disciplinary proceedings when Yolanda Dyantyi would lead her case to a date on which he was aware that both Ms. Dyantyi and her legal counsel would be unavailable. That decision sparked the beginning of Ms. Dyantyi’s legal battle to have an opportunity to tell her side of the story.

At the time, Ms. Dyantyi was facing charges of “kidnapping”, “insubordination” towards University officials, assault, and defamation for her role in April 2016 #RUReferenceList protests. In November 2017, Ms. Dyantyi was found guilty by the disciplinary inquiry and permanently excluded from the university. At the time, she was in her third and final year of study for a Bachelor of Arts degree.

In March 2022, in a review application, the Supreme Court of Appeal found in Ms. Dyantyi’s favour by reviewing and setting aside Rhodes University’s decision to convict and sanction her on the basis that the disciplinary proceedings were procedurally unfair in terms of the Promotion of Administrative Justice Act 3 of 2000 (PAJA). The SCA noted that even at common law, the ability to present evidence in one’s own defence is the essence of a fair hearing. The Court held that Ms. Dyantyi’s presentation of her case was a matter of some factual and legal complexity. The complexity, coupled with the potential seriousness of the consequences of an adverse finding, entitled her to adequate representation for the duration of the inquiry.

SERI has supported the production of a short video that details Yolanda Dyantyi’s jouney to justice.