[SUBMISSION] SERI and LHR make a submission on the draft National Labour Migration Policy and the Employment Services Amendment Bill (30 May 2022). 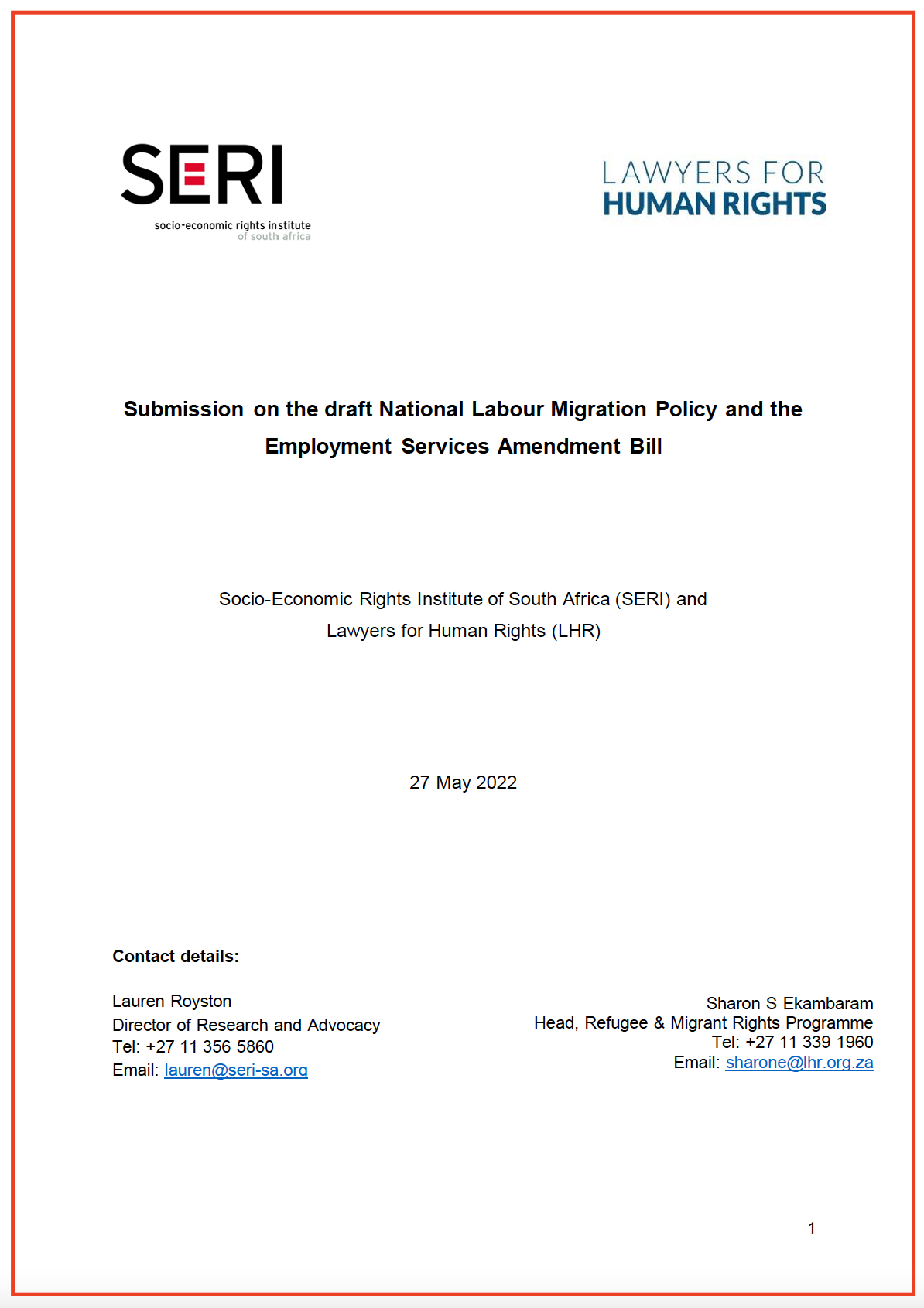 On 27 May 2022 SERI and LHR made a submission to the national Department of Employment and Labour on the draft National Labour Migration Policy and the Employment Services Amendment Bill that was released for public comment on 28 February 2022.

Although SERI and LHR acknowledge that there is some merit to bringing clarity to issues in the formal employment relationship, and although we agree with government on the need to address the high rate of unemployment in the country, our critique of the policy and Bill relates largely to the following, which we set out in greater detail in the submission:

This submission is informed by consultations with partners and clients from three sectors or interest groups: domestic workers, farm workers, and refugees and asylum seekers. As set out in the submission, in all three groups we found large-scale opposition to restrictions placed on the right to work of foreign nationals.

SERI and LHR therefore argue for a substantial reconceptualisation of the NLMP and Bill in relation to how its provisions affect the right to work of migrants, particularly in low-skilled work.

The submission is endorsed by ten organisations and networks.