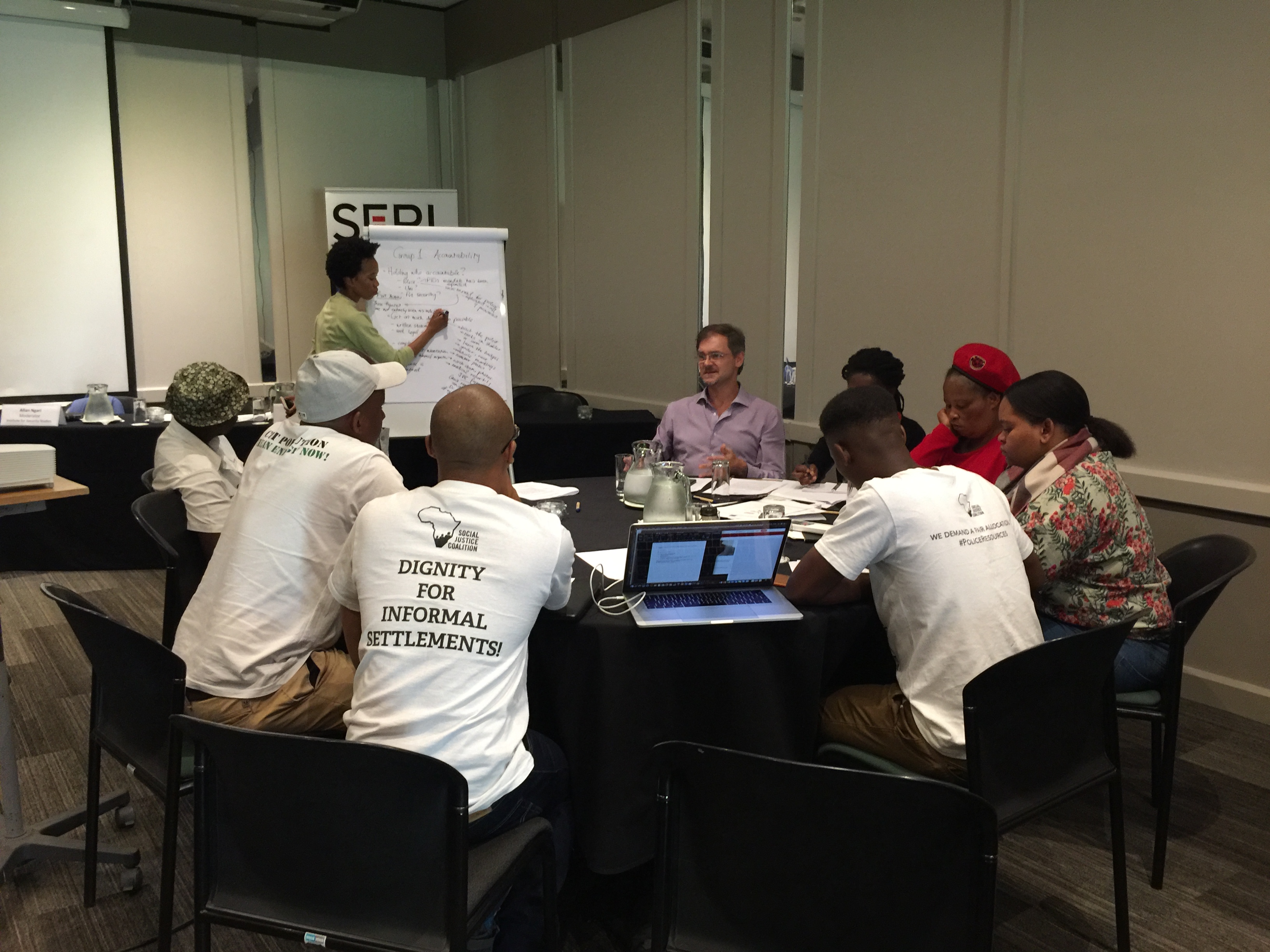 On 18 and 19 March 2019, SERI, together with the Institute for Security Studies (ISS), the African Policing Civilian Oversight Forum (APCOF), the Omega Research Foundation (UK) and the Right2Protest hosted a workshop for civil society and community-based organisations from around the country on the role of civil society in holding the police accountable for human rights violations. The workshop was attended by approximately 50 participants including researchers, activists and individuals working in the contexts of policing, law, human rights, forensic medicine, social research and policy, weapons control and accountability systems.

The two-day workshop included three expert panels with question and answer sessions and a fourth training session on the identification of typical weapons used by law enforcement agencies and on patterns of injuries from the misuse of such weapons. These sessions were followed by break-away group discussions on each afternoon.

The first panel, through the presentations of South African Human Rights Commissioner Chris Nissen, Adv Kathleen Hardy and Zamantungwa Khumalo (SERI), highlighted the confluence of South African, Africa regional and international human rights law in emphasising the obligations of States to uphold the right to peaceful assembly and ensure that any police use of force should occur only in compliance with the principles of legality, proportionality and necessity. 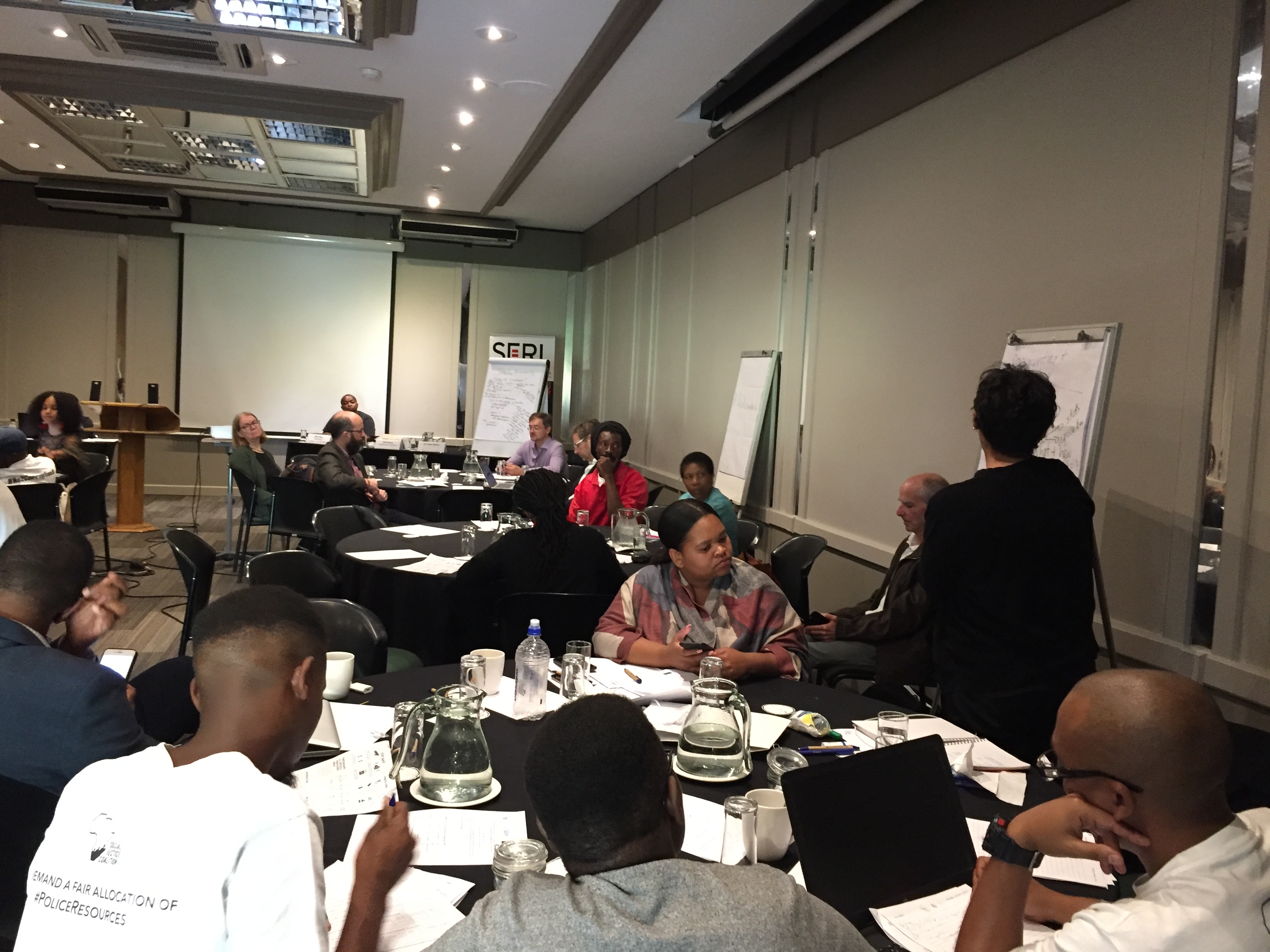 The second panel, through the presentations of  Prof Kate Alexander (University of Johannesburg), Gary White (Independent Expert on policing ‘best practice’ in the context of assemblies) and Adele Kirsten (Director, Gun Free South Africa) focused attention on the frequency and characteristics of protests in South Africa over the past decade; on critical principles in the policing of assemblies to ensure protection of the right to assembly and avoiding the use of force unless justifiable under law; and on weapons permissible under SAPS regulations, noting the potential risks of harm from their misuse in crowd management.

The third panel, through the expert inputs from David Bruce (Independent Researcher on Policing and Criminal Justice issues), Gary White, Dr Andrew Faull (Senior Researcher ISS), and Atty Wayne Ncube (LHR), described between them a range of challenges: the risks arising from the marginalisation or misdirection of public order policing resources; the critical importance of effective internal accountability systems within the police; data-based analysis of the marked deterioration in the internal SAPS disciplinary processes and outcomes; and the prolonged processes and sometimes risks to the safety of those seeking redress through civil litigation for damages.

The final panel involved training by two expert speakers, Neil Corney (OMEGA researcher) and Dr Steve Naidoo (a forensic medical expert on injury identifications). The first speaker identified typical weapons manufactured and traded for “law enforcement” purposes globally, noting some as completely unsuitable due to potential harm, and indicating how activists could gather information and identify them accurately and report to monitoring organisations. The Dr Naidoo and Dr Rayner both drew from some of the research documented in SERI’s Double Harmreport. Dr Naidoo provided information from international medical sources and from local case investigations from the student and other protests, showing evidence of injuries, some fatal, caused by the indiscriminate or other misuse of weapons permitted for use by SAPS. Dr Mary Rayner spoke briefly on the application of international human rights law to these student cases and from a range of evidence confirming the unlawful use of force; and journalist Sumeya Gasa closed the session with her experience of seeking information through the PAIA process on weapons used by SAPS and her experience of monitoring, reporting and filming the police response to the Westbury Protests in 2018.

Participants then shared experiences and expertise, exchanged strategies, and developed recommendations for actions to be taken going forward in working groups. Some of the key advocacy points to emerge from the working group sessions included among other actions:

Participants received a package of background and resource materials and tools on flash disks. A summary report will be compiled and published shortly. 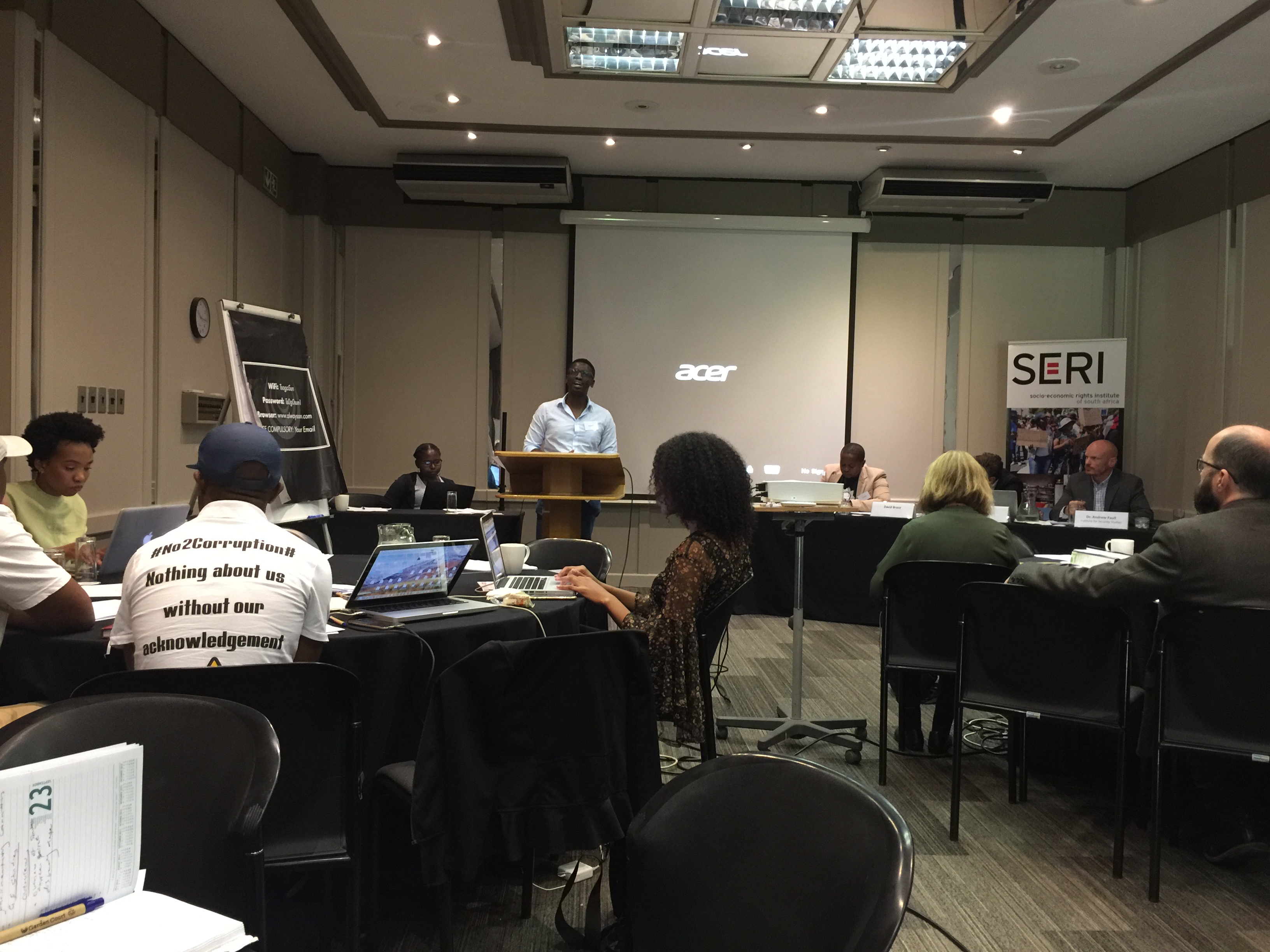