[DIALOGUE] SERI board member presents at dialogue on access to housing finance and the right to housing (8 August 2019).

On Thursday the 25th of July, the International Development Law Unit (IDLU), Centre for Human Rights at the University of Pretoria and the Institute for Economic Justice (IEJ) co-hosted a dialogue titled, “Access to Housing Finance and the Right to Housing” at the University of the Witwatersrand (Wits University). The dialogue was attended by roughly 24 participants from academia, civil society and the private sector and consisted of presenations followed by an open dialogue session. Alison Tshangana (Centre for Affordable Housing Finance) and SERI board member Jackie Dugard (Wits University) served as presenters at the event.

Dugard’s presentation entitled, “The problem of sales of execution by the banks”, tracked a number of concerning cases through which sales of execution have been used to deprive people of their homes for minimal amounts of debt. She used the example of RDP housing to demonstrate that emphasising the importance of private title is not an adequate solution to addressing inequality. She explained that for the majority of South Africans, RPD housing is viewed as a form of social security and not equity. Dugard also argued that in order to protect a person’s right to housing, sales in execution should be used as a measure of absolute last resort.

Tshangana highlighted the realities of the relationship between accessing finances and obtaining a house in the South African market highlighting research conducted by the Centre for Affordable Housing Finances which revealed that only 6.9% of the South African population could access housing finance in the forms of mortgage bonds or loans. Tshananga further noted that low income households are generally unable to secure housing through the property market even if they are eligible for subsidies through programmes such as the Finance Linked Individual Subsidy Programme (FLISP). She attributes this reality for forcing many low income households into informal sale arrangements with little to no consumer protection.

Download SERI’s guide on Preventing or Opposing a Sale in Execution. 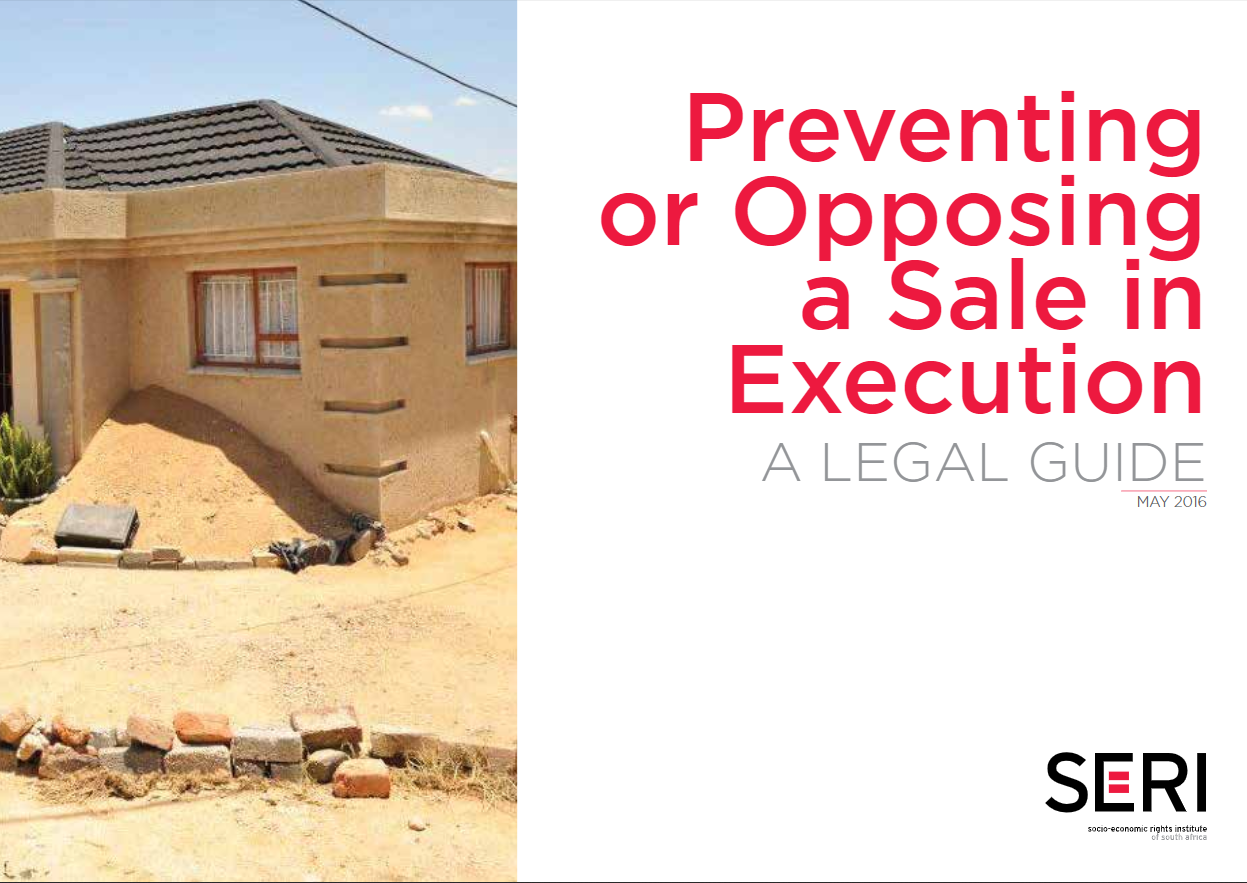