On 26 and 27 July 2019, SERI hosted a two-day workshop in Cape Town to launch the new research series: Informal Settlement: Norms, Practices and Agency. The event was co-hosted by the Social Justice Coalition.

The series consists of three-site based research reports about the Ratanang, Marikana and Siyanda informal settlements. Ratanang is located in Klerksdorp, North West province, Marikana in Cape Town, Western Cape and Siyanda in eThekwini, KwaZulu-Natal. 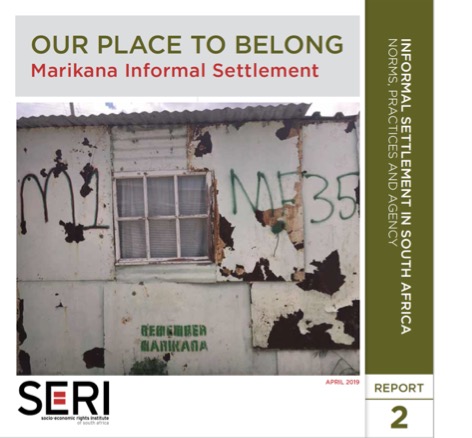 The first day of the two-day workshop consisted of a stakeholder engagement held at Isivivana Centre in Khayelitsha. The event was 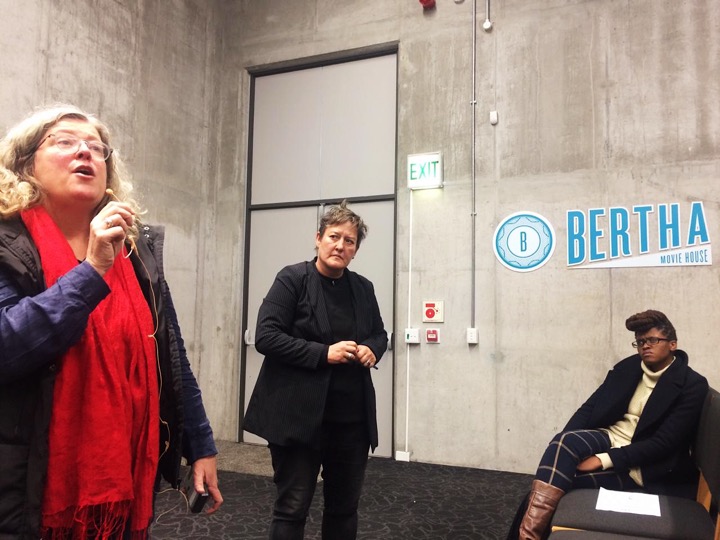 attended by over 60 participants from Cape Town-based civil society organisations including Marikana I and Marikana II leadership committees.

After opening remarks by Alana Potter, SERI’s director of research and advocacy, the team gave in-depth presentations of research findings from one of the research reports from the series entitled “Our Place to Belong: Marikana Informal Settlement”. The presentations unpacked themes of tenure and land use management; political space; basic services; and livelihoods.

In her presentation of the policy implications emerging from the research series, senior associate Lauren Royston highlighted the need for municipalities to, “Recognise existing norms and practices; prioritise basic services provision; attend to non-material needs in participative upgrading processes and; build constructive relations with residents.”

During the group discussions, one participant commented on the value of the reports, stating that they “provide policymakers with evidence” on the realities of informal settlements which should inform upgrading plans.

The session began with a discussion on challenges facing informal settlements in Cape Town with respect to tenure security, electrification, policing and sanitation. The session was facilitated by SJC’s Axolile Notywala and Slovo Park Community Development Forum’s (SPCDF’s) Lerato Marole. Residents highlighted key challenges such as dehumanising temporary services and private ownership of land used as an excuse by the government not to upgrade services. 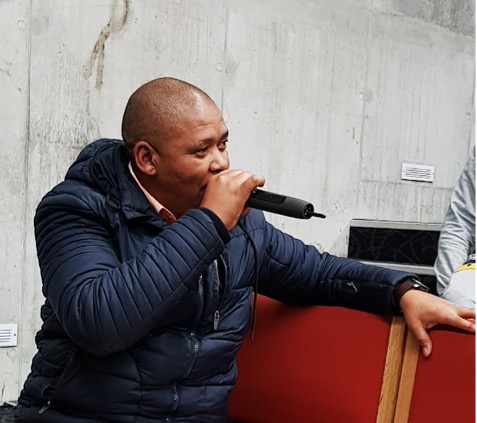 SPCDF’s Lerato Marole then spoke about the value of building local informal settlement organisation and external partnerships to assist in the upgrading processes to improve access to services. He emphasized the importance of identifying partners from amongst the NGOs and sustaining partnerships, stating that “Communities can’t afford to wait for the government to help residents develop leadership skills in informal settlements. There are other NGOs in Cape Town who can help you with that.” He went on to highlight the significance of the Melani court judgment and the need for the community to take the judgment and its potential implications and make it theirs.

In the last session, the workshop participants broke up into groups to reflect on settlement leadership structures and to come up with strategies for upgrading.