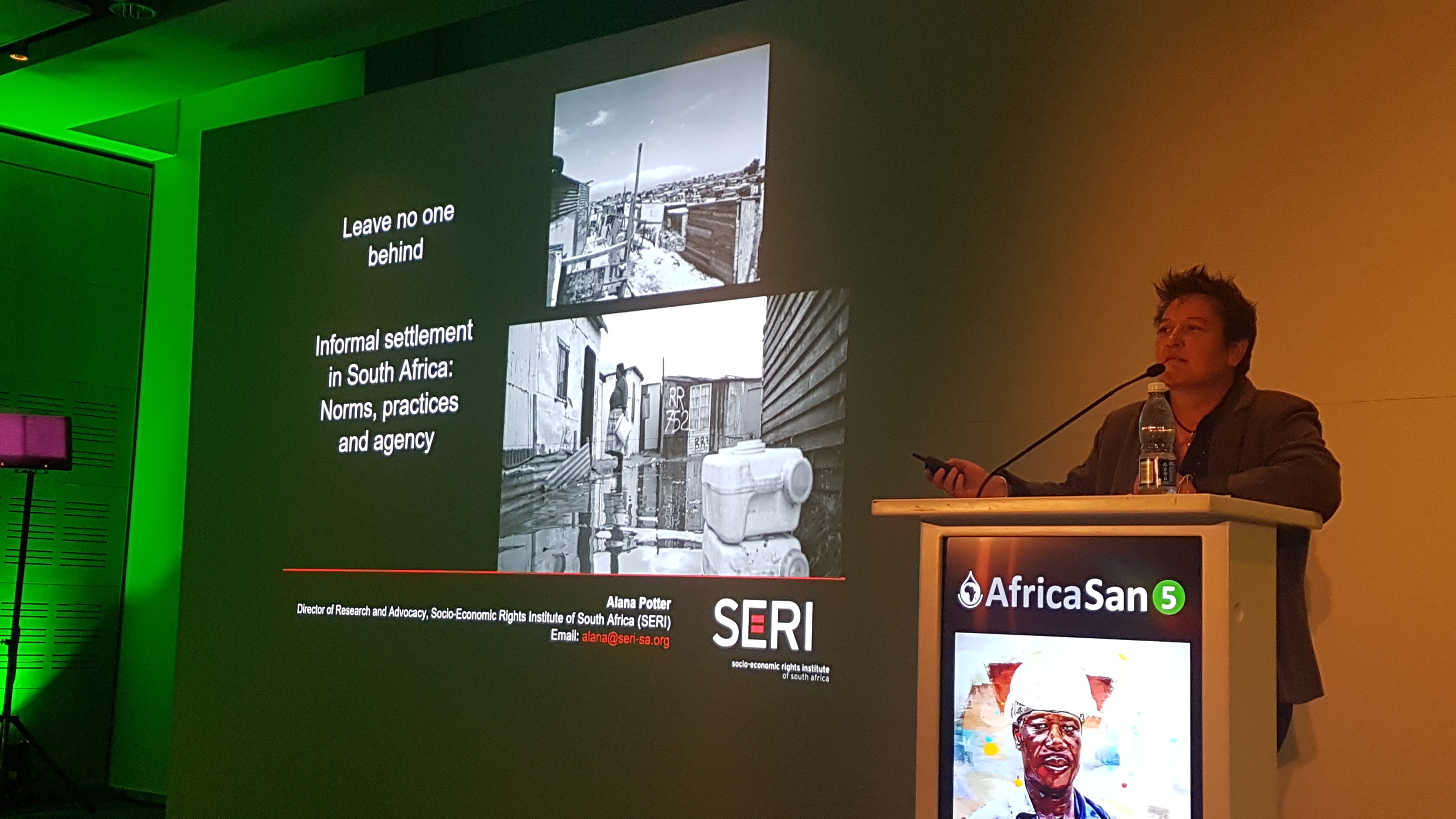 "The world has come to accept the unacceptable. It is a human rights imperative that informal settlements be upgraded to meet the basic standards of human dignity." Leilani Farha, UN Special Rapporteur on the Right to Adequate Housing.

SERI’s Alana Potter and the Social Justice Coalition’s Axolile Notywala co-convened a session on informal settlement sanitation in the sub-theme “Sanitation and the SDGs - Leave No One Behind” on 19 February 2019. They joined the approximately 1,300 mostly international NGOs, donors, academics and practitioners who participated in AfricaSan, which was co-hosted for the first time by the fifth Faecal Sludge Management Conference.

AfricaSan has grown from a conference to a movement that blends political, technical and knowledge exchange streams. From its inception in 2002 linked to the formation of the African Ministers’ Council for Water (AMCOW) during the World Summit on Sustainable Development (WSSD) with just 13 ministers present, AfricaSan now includes political representatives from more than 60 African countries. AfricaSan continues to set and learn from progress (or lack of progress) against regional and national sanitation and hygiene commitments; to generate evidence to prioritise and invest in sanitation and hygiene, and develop strategies to improve sector performance. 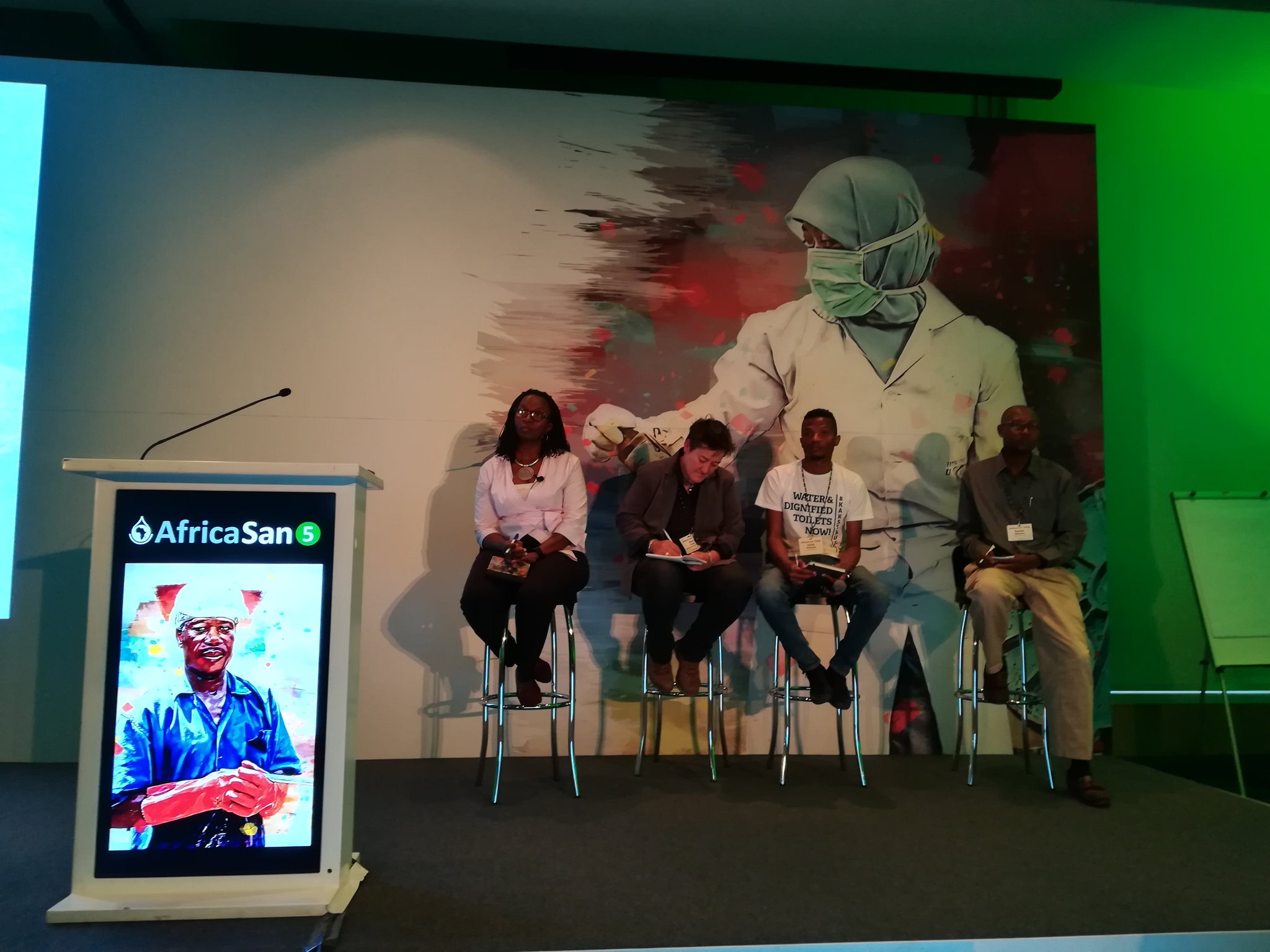 The first commitment in the N’gor Declaration, signed by African Ministers at AfricaSan IV in Dakar Senegal in 2015 states: “Focus on the poorest, most marginalised and unserved aimed at progressively eliminating inequalities in access and use and implement national and local strategies with an emphasis on equity and sustainability”.

The commitment to not only ‘leave no one behind’ but to actively prioritise sanitation services in order to eliminate inequalities, is one of least progress across countries. SDG and N’gor monitoring shows marked inequality in sanitation provision across African countries. As demonstrated by WASHCost research in five countries over five years, the poor pay more for poorer quality WASH services across the world.

SERI also facilitated a session for the World Health Organisation (WHO) UN-Water Global Analysis and Assessment of Sanitation and Drinking-water (GLAAS) on Effective National Sanitation Policies: Learning from Five Countries. SERI’s sub-theme focused on issues to be resolved in sanitation policies in order to enable equitable access to services. Outcomes will be fed into sanitation policy guidelines be published by the African Ministers Council for Water (AMCOW).