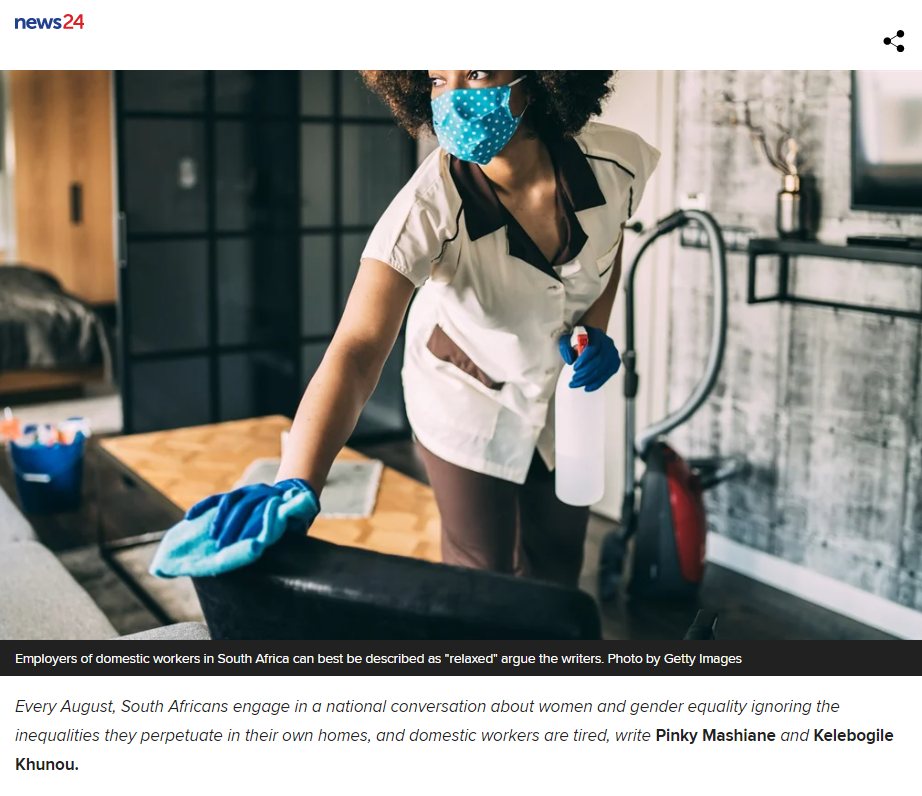 On 19 September 2022, SERI researcher Kelebogile Khunou and Pinky Mashiane, president of United Domestic Workers of South Africa (UDWOSA) had an op-ed published by News24. The op-ed, entitled 'We want ubuntu, but fail to treat our domestic workers properly', discusses the continued undervaluation of domestic work in South Africa against the backdrop of the recently celebrated Women's Month.

"Well into September now, we reflect that Women's Month is not a cause for celebration for domestic workers. Domestic workers continue to be oppressed and exploited, and no one is being held accountable. In general, employers treat domestic work as an informal arrangement, not a form of employment regulated by labour laws. This work is undervalued because it is work historically performed by female family members and by "servants" during apartheid."