On 24 November 2021, the Socio-Economic Rights Institute of South Africa (SERI) and the Nelson Mandela Foundation co-hosted a dialogue entitled, “One Year after Mahlangu: Taking Stock of Domestic Work in South Africa”. The event was held at the Nelson Mandela Foundation in Johannesburg, where approximately 30 people attended the event physically. An additional 72 000 people live-streamed the event. The aim of the event was to create a dialogue between government, civil society organisations representing domestic workers and employers, and members of the public about key issues in the domestic work sector on the first anniversary of the Mahlangu judgment, which was on 19 November 2021.

In a heartfelt reflection on his own mother’s experiences as a domestic worker, Sello Hatang spoke about the difficulties, racial prejudice and demeaning working conditions domestic workers experienced during apartheid, and explained that unfortunately for many domestic workers in post-Apartheid South Africa, this continues to be the case.

Nomzamo Zondo spoke about the case Mahlangu v Minister of Labour matter and the 2020 Constitutional Court judgment. Nomzamo argued that that as powerful as the Mahlangu judgment is, a lot of work is needed to ensure that domestic workers are covered and those who experienced injury after 1994 are compensated. Using the example of the Unemployment Insurance Fund (UIF) and the low levels of compliance by domestic employers, Nomzamo stated that, “the experience of the domestic work sector is proof that progressive laws alone do not change people’s conditions or behaviour”. 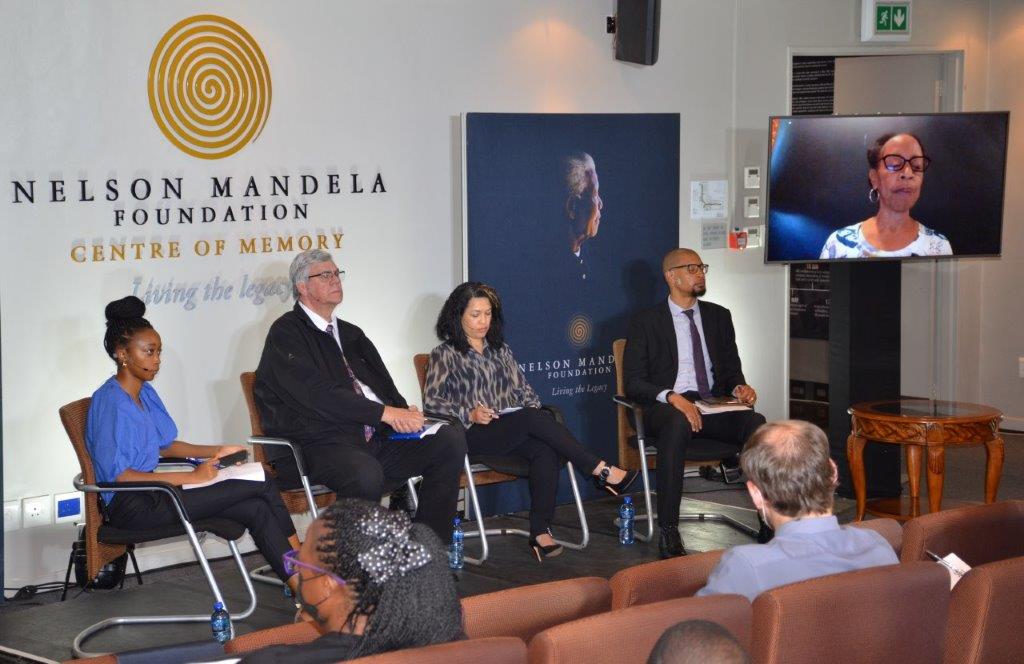 The panelists continued the discussion on the current state of domestic work and raised the following issues:

The panelists offered the following closing remarks about the short and medium-term goals that stakeholders in the sector should prioritise:

In a follow-up to the dialogue, the Nelson Mandela Foundation hosted an online discussion on Twitter Spaces about domestic worker rights and the Constitution. The discussion took place on 8 December 2021. SERI's Kelebogile Khunou and Asenati Tukela joined Lebogang Mokgoroane and Jade Louella Naidoo. Asenati discussed aspects of the Mahlangu judgment while Kelebogile reflected on the wider context of domestic work in South Africa. The discussion was attended by approximately 100 Twitter users.