[Research report] SERI launch of "An Anatomy of Dissent and Repression: The Criminal Justice System and the 2011 Thembelihle Protest" (16 September 2014).

Today SERI launched a new research report entitled An Anatomy of Dissent and Repression: The Criminal Justice System and the 2011 Thembelihle Protest.

SERI researcher Michael Clark explained how in September 2011 residents of Thembelihle informal settlement in Lenasia took to the streets, frustrated by an unaccountable and unresponsive local government. Their demands were dismissed and instead they were met with a forceful police clamp-down. In the aftermath of the protest, arrest and criminal prosecution were used to harass and intimidate community members and to target community leaders. 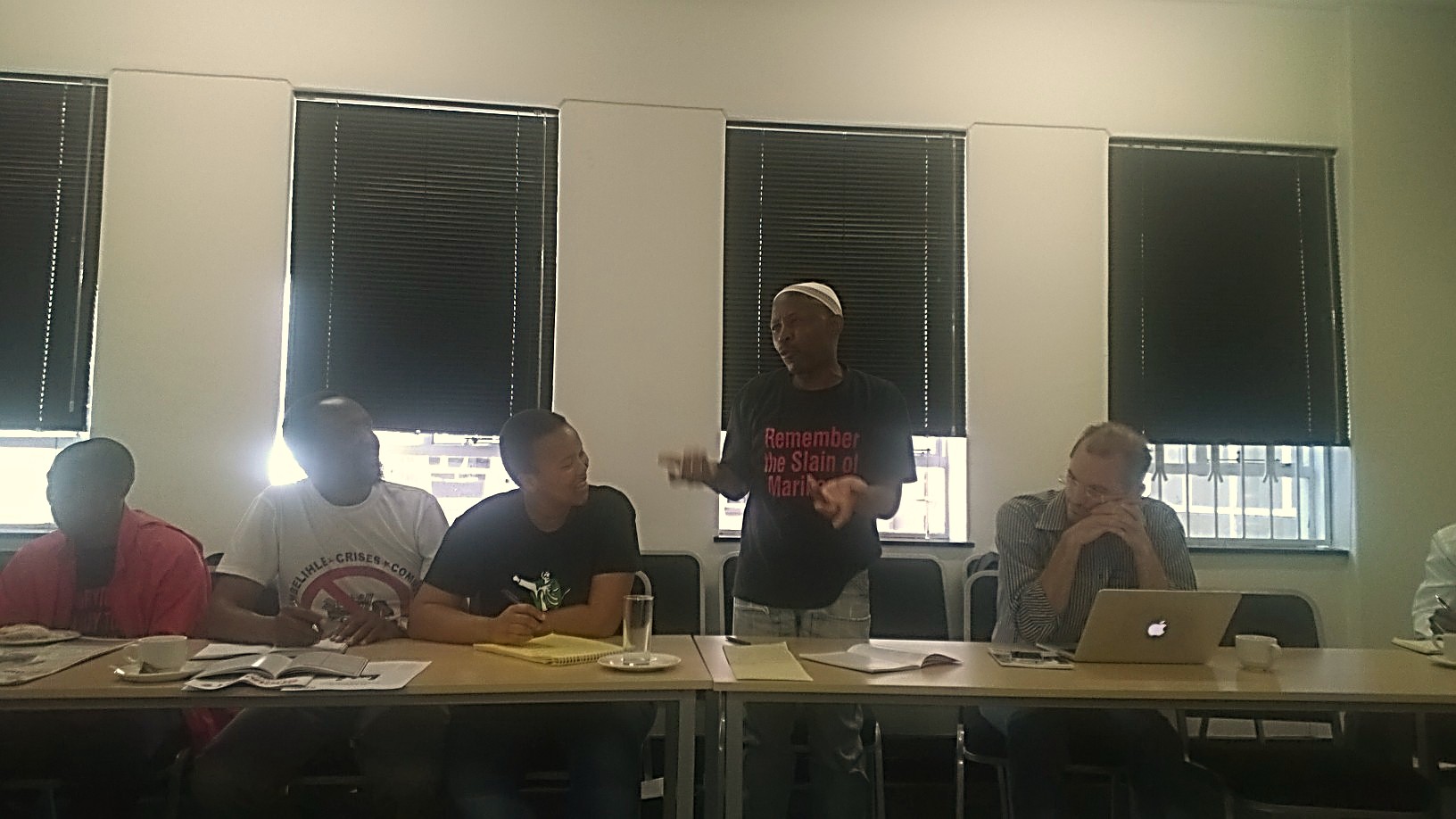 rson of the Thembelihle Crisis Committee (TCC), spoke at the event about how he was arrested by the police during the protest, after visiting the police station on another matter, and charged with public violence and intimidation. Additional charges, on which no further evidence was provided, were also brought against him. He was singled out for his role in the TCC, being the only arrested resident denied immediate bail. According to Miya “The decision to prosecute me was clearly political and coming from elsewhere.”

Miya also highlighted the frustrations of community residents over their appalling living conditions and the unresponsiveness of government officials and politicians to their plight. According to him, despite what many think “People in informal settlements don't just wake up one day from sleeping and decide to protest.” He explained how the government simply ignored issues raised during peaceful protests earlier in the year, putting it bluntly - “Real protest is the only language government understands.”

Former deputy editor of the Daily Maverick Phillip de Wet spoke about his experience covering the Thembelihle protest as well as more generally about media coverage of protests. He offered a pessimistic view of the media’s appetite or ability to cover protests at all, let alone in a more nuanced manner.

According to Stuart Wilson, SERI’s executive director: “The role of the media in covering issues facing informal settlement communities is critical. Currently much of the media uncritically perpetuates the worst kind of racial and class stereotypes. This needs to change.”